Can’t TV Be Better Than ‘Buckwild’?

Can’t TV Be Better Than ‘Buckwild’?

Beauty is in the eye of the beholder. More than just timeless words of wisdom – this is the title of one of my favorite “Twilight Zone” episodes.

In this episode, the audience is led to believe that there is a hideous woman behind bandages. She has received countless surgeries to make her normal. The doctor tells her that this will be her last possible surgery – if it does not work, then she will need to go and live with “her kind.”

As the doctor slowly and painstakingly unwraps her bandages, her face is finally revealed to all the nurses’ horror and disgust.

But what we (the audience) see is an amazingly beautiful woman. (In fact, it was Jed Clampett’s daughter Ellie from “The Beverly Hillbillies” fame.) What we soon discover is that the doctor and nurses are all grotesque lookali 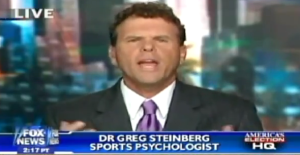 kes. Clearly, we now understand the true meaning of “beauty is in the eye of the beholder.”

Why can’t we make television shows today with such a wonderful message for our world? For our children? Where has all this artistry gone?

Instead, today we are subjected to MTV trashy reality shows like “Buckwild.” This show is described as a reenactment of “Jersey Shore” in West Virginia with a group of teens who act crass, promiscuous and just plain disgusting. So disgusting, in fact, that Sen. Joe Manchin wrote a letter to the network asking it to pull the plug on the show. The producers, in response, have called it a fresh look in television because most of the participants do not have a cell phone.

The excuse by this network, and every network that develops and airs shows similar to this, is the simplistic rebuttal (and I paraphrase): This is what the people want. Of course, the real reason is the money. Networks stand to make truck loads of money on shows like this because they cost little in production with a high rate of return.

Sen. Manchin has moved in the right direction, but our government needs to make a much louder statement than just a letter of disgust. With such low standards in TV programming, so goes our culture into a crass and disrespectful mass.

Research has proven this to be the case. In the 1960s, psychologist Albert Bandura from Stanford showed that children model what they see. In this now-famous research, it was shown that when an adult acted violently toward a toy, a child acted more violently toward that same toy.

The research is clear and substantial. The catharsis principle was thwarted. There was no release of a build-up of violent tendencies and then a subsequent diminishing of violent behavior after watching violence.

I hope you now see where all this is going.

If we want a less violent society, one that is less crass and impulsive, we will ultimately need to rectify our media programming, not just in television, but in movies as well as in video games. While there are many ways to reduce violence in our culture, this is a main linchpin.

“The people” do not want a bunch of mindless car chases and blood-gushing shoot-ups. We do not want to be communicated to in an eighth-grade level vocabulary (as many experts suggest).

I firmly believe that we “the people” will be extremely enthused with a great script, good acting, and a great message. Rod Serling proved that point in television more than 50 years ago and “Twilight Zone” has stood the test of time for brilliance in entertainment (as well as being a huge money-maker). Our media is a powerful tool for good if in the hands of the right holder.

The Head Coach: Peace in Every Step

Looking at Your Life as the Pages Turn on Another Year.

Phil Mickelson Uses his Smile as a Mental Toughness Tool

Bad Habits can be broken

Looking at Your Life as the Pages Turn on Another Year.

Leave a reply Click here to cancel the reply